You know that movie 27 Dresses, about the woman who’s been a bridesmaid 27 times? Well, that’s like me. Except with writing contests instead of dresses. And I didn’t get to hook up with James Marsden. But before you get confused about my random metaphors, let’s back up a bit.

I knew in my teens that I wanted to be a novelist, but I didn’t get serious about my writing until about four years ago. Ever since then, I’ve been writing and editing and querying and getting rejected by agents, and B.E. was kind enough to ask me to write a guest post. Since I was recently a semifinalist in DL Hammon’s Write Club, we both thought that writing contests would be a fun topic. And when I started thinking about it, I realized I’d been in a LOT of writing contests. Thus the weird movie reference.

Online contests are extremely frequent these days, and it’s for sure one of the huge perks of the blogging community. Many of the new lit agents are happy to participate, and it’s a really cool opportunity to get your work in front of them (outside of the usual slushpile situation) and even get feedback sometimes.  However, you have to be aware of what you’re getting into if you enter a contest. A great number of these are anonymous, and people will criticize you, whether constructive or not. And let’s face it, even if it’s constructive, it still doesn’t taste real great going down, does it? Really though, us writers need tough skin to survive in this industry period. If it’s not peer criticism it’s an agent rejection, and if it’s not an agent rejection it’s a publisher rejection, and once you do get published you’re going to get bad reviews. So, be cautious if you get offended easily, but I encourage you to try anyways to thicken up that skin.

Write Club was super intense, partly because I’ve never gotten that far in a contest before. Two anonymous 500 word excerpts were chosen randomly three times a week and pitted against each other, and whoever got the most votes won. After about six weeks of initial rounds, all the winners started getting paired up in bouts. I managed to make it through five rounds to the semi-finals, one of four people left. In the semi-finals, I got pitted against one of the strongest entries of the whole contest, IMO, and the entry that’s probably going to win the finals. So, I wasn’t ashamed to lose to such a good writer. It definitely sucked though to lose in the last round before the agent/editor round. To imagine that victory and then not quite make it.

All in all though, it was super fun and I met a lot of cool people and got lots of good feedback on my writing. Did defeat stop me? Heck no. Right on the heels of that I’ve entered Pitch Wars, where agented writers coach unagented ones and you polish your work for a panel of agents. I’ll find out about that next week! I guess you can call me a glutton for punishment.

Anyways, the moral of the story: put yourself out there! Be bold! Grow a skin thicker than a dragon! And of course, never, ever give up. I’ll tell you one last thing – when I do get an agent one of these days, it’ll be better than hooking up with James Marsden. Sorry, James. 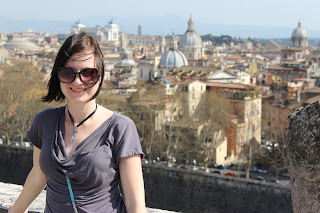 Alexia writes and reads fantasy books. Except when she’s not, and then she can be found watching movies, eating chocolate, drinking wine, traveling to the next place on her global wish list, or playing Just Dance with her son on the Wii.

https://twitter.com/AAChamberlynn
Posted by B.E. Sanderson at 2:30 AM

The Self-Pub Who Runs the Show

Do you have a story to tell about your journey to publication, an anecdote that might help others in a similar situation, or perhaps a bit of news to share? Contact B.E. Sanderson (besanderson at gmail dot com) to talk about contributing to the Guide.